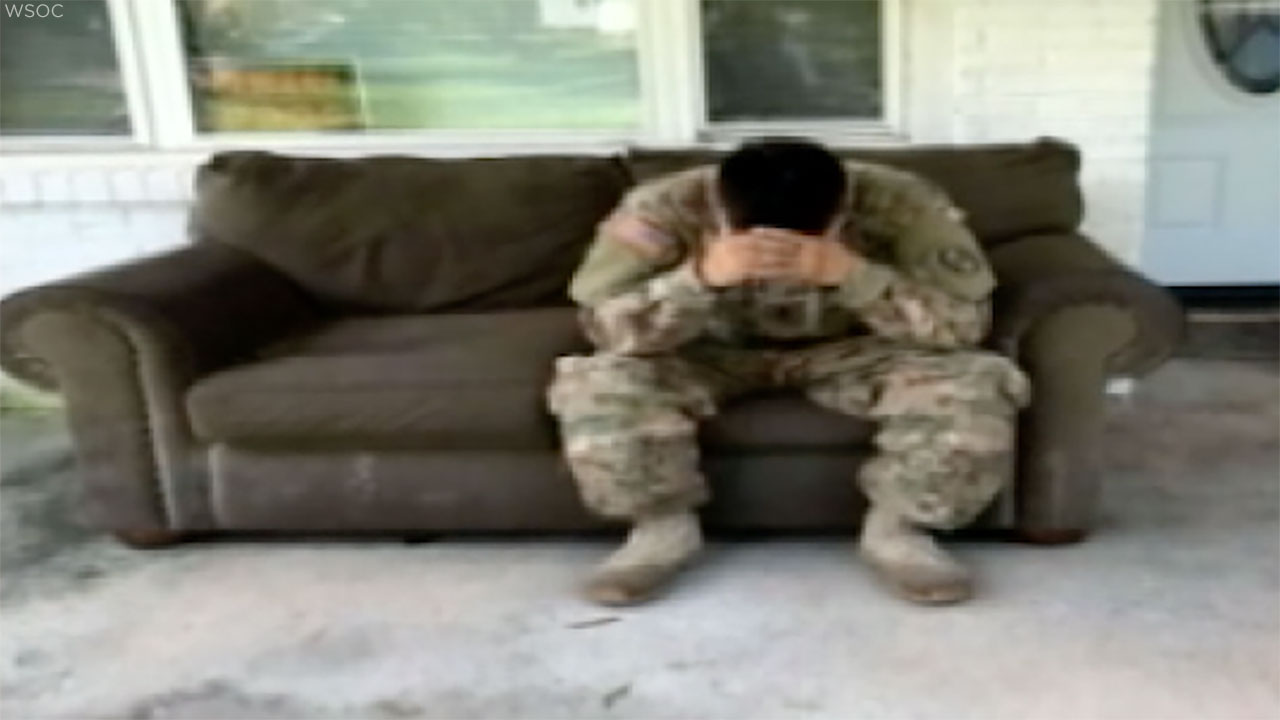 Community members have raised nearly $15,000 in support of a National Guardsman whose home was robbed while he was deployed on a Hurricane Florence relief mission.

The Charlotte home that Luis Ocampo, 24, shares with his girlfriend and infant child was ransacked while he was in New Bern, North Carolina, one of the hardest-hit areas along the state’s coast, WSOC-TV reported. The thieves made off with a firearm, a television, a video game system, Ocampo’s laptop and valuable coins and jewelry.

“It’s irreplaceable. It’s not something you can get back,” Kailey Finch, Ocampo’s girlfriend, told WSOC. Finch said she thinks the burglars broke in through a back window.

Ocampo said Finch and their son were staying with family while he was gone but had checked on the house Thursday night. By the next morning, his place had been ransacked.

Authorities have not yet identified any suspects in the break-in, though Charlotte-Mecklenburg police confirmed they are investigating.

Mary Elise Capron, who worked closely with Ocampo in the past, started a GoFundMe to help Ocampo and Finch replace their stolen belongings.

The GoFundMe originally had a goal of $5,000; in less than a day, nearly 400 people donated almost $15,000 to support the family. The GoFundMe has since stopped accepting donations because the family does not “want to take anyone’s generosity for granted.”

“With the support from the unit, family, and friends Luis and I are confident he can come back from this and rebuild. We are so grateful for these donations beyond belief,” Capron wrote.

The Associated Press contributed to this report.