The task force unveiled the redevelopment proposal Wednesday at the Texas State Aquarium.

The roadway and parking lot next to these bathrooms on North Beach were flooded as a cold front and rain moved through the area on Monday, October 15, 2018.  (Photo: Rachel Denny Clow/Caller-Times)

The presentation included a brief history of North Beach and an engineering analysis of its long-standing problems.

How the problems can be solved while also creating an attractive urban, waterfront community at North Beach were explained.

The two primary features of the North Beach infrastructure solution are:

A virtual tour of the new North Beach displays the vision of the proposal, which would offer entertainment and accommodations to the more than one million annual visitors to the beach.

The task force also presented a timeline for infrastructure improvements that will coincide with the opening of the new $1 billion Harbor Bridge.

The task force was formed in April 2018 by Mayor Joe McComb and the City Council to study solutions for storm water drainage and flooding issues on North Beach.

More information will be available Wednesday on the task force’s website: NorthBeach.cc.

This is a developing story. Check back to Caller.com for updates. 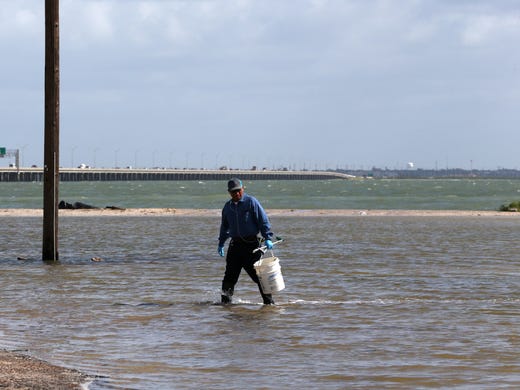