AUSTIN, Texas — A slow-moving area of low pressure is bringing rain and allowing for a chance of severe thunderstorms and flash flooding through the day on Wednesday in Central Texas. 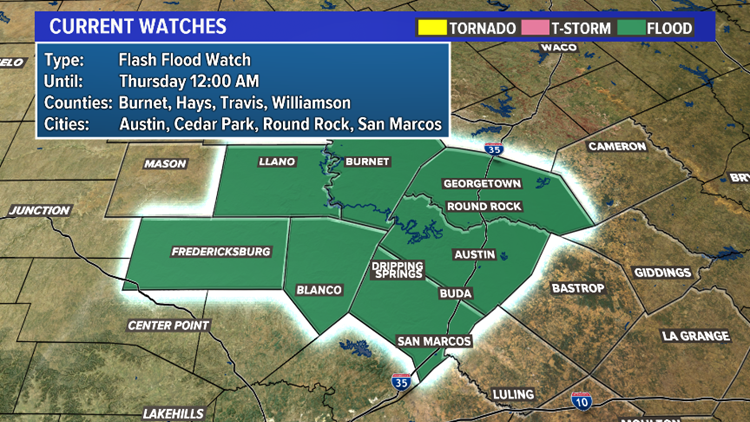 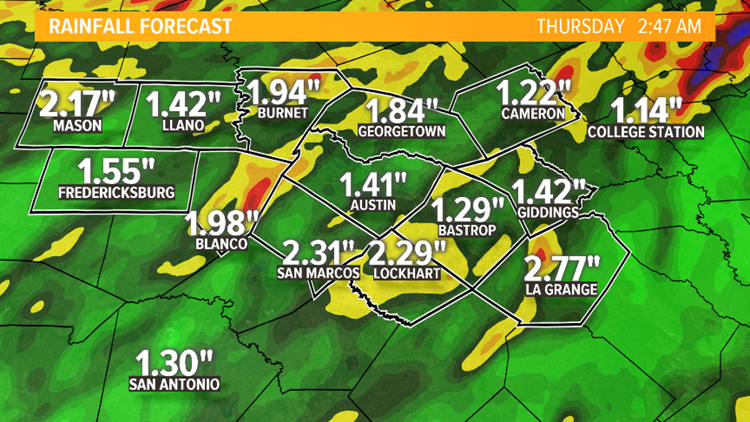 Along with a flash flood threat, severe storms will be possible on Wednesday. The Storm Prediction Center has outlined all of our area under a “Slight Risk,” which is a two out of five on the severe-threat scale. Large hail, damaging winds and isolated tornadoes will be possible. 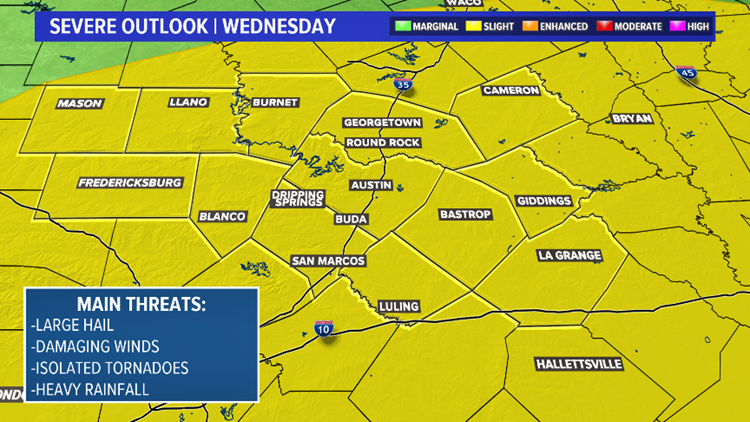 With the threat for severe weather, the National Weather Service has issued a Severe Thunderstorm Watch for Central Texas until 7 p.m. on Wednesday for the threat of large hail, damaging wind and tornadoes. 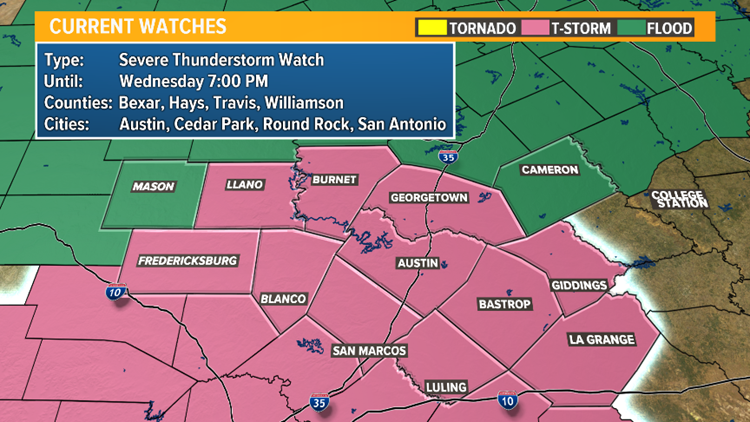 Scattered showers and storms continue for the rest of Wednesday morning. Storms will become more widespread and intense as we move toward lunch time. 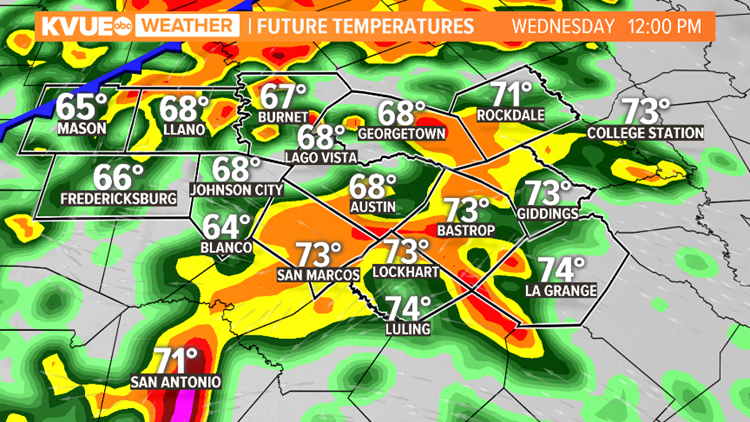 We’re expecting the most intense and most widespread storms around the Austin metro in the late afternoon and evening. 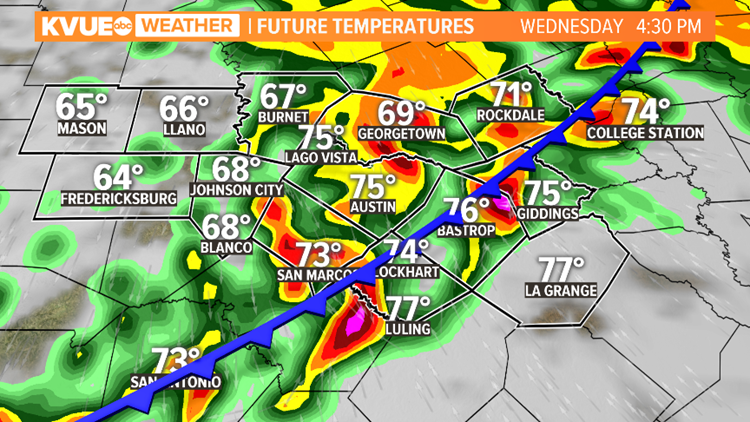 For communities east of Interstate 35, dinnertime will be the best chances for heavy rain and intense storms. 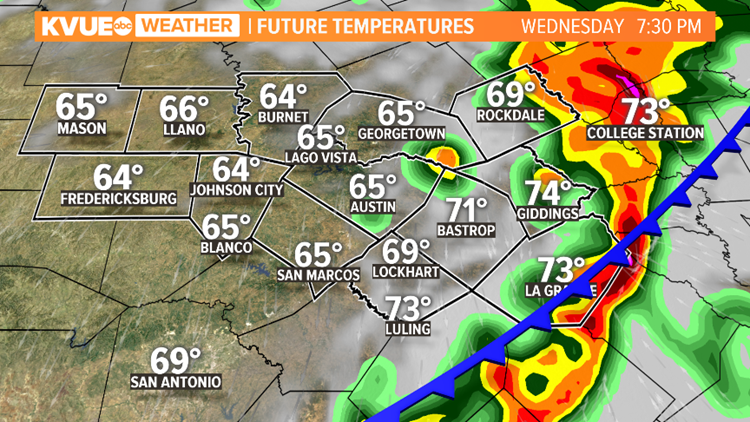 The storms and wet weather will be out of the area by late tonight. The skies will begin to clear shortly after.

By Thursday morning, we should be waking up to some sunshine. 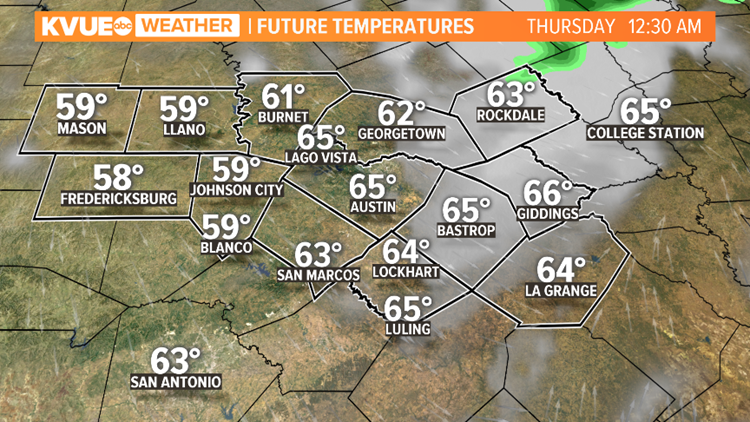 As mentioned above, storms that do move into Central Texas have the potential for damaging winds above 60 mph and hail larger than the size of a quarter. The tornado risk at this point remains low. 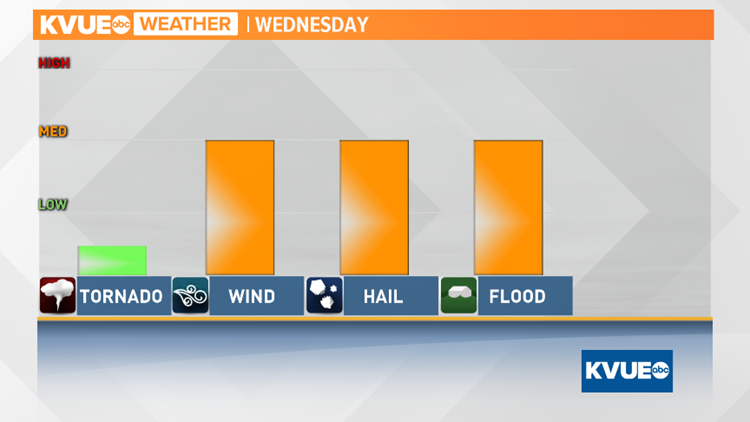 One other thing we’re going to watch closely this week is lake levels.

Lake Travis is at 100% and Lake Buchanan is at operational full. Unlike Travis, Buchanan does not have a flood pool, so when it’s at 100%, it’s full. The Lower Colorado River Authority (LCRA) has an agreement with FEMA to keep Lake Buchanan at or below 1,018 feet mean sea level during the wettest parts of the year.

RELATED: Explainer: How do the Highland Lakes and dams work?

The bottom line is that if heavy rainfall falls upstream of Lake Buchanan along the Colorado River or over the Highland Lakes, as some models are suggesting, there would be a possibility of dam operations later this week. 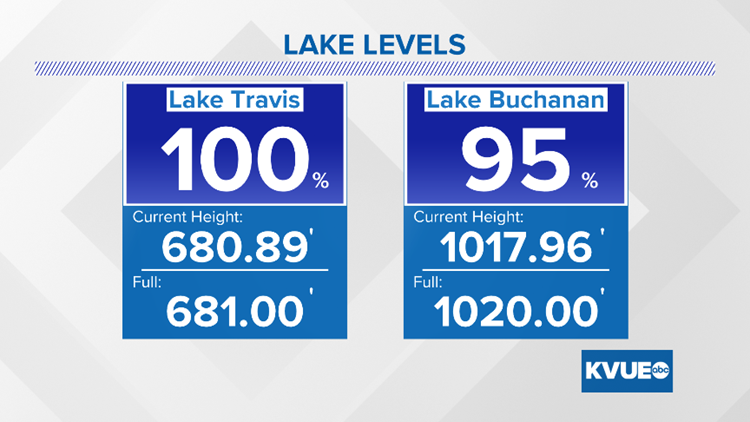 Austin elementary teacher was under investigation when he died, police say

‘I wasn’t going to leave without getting an answer’: Austin mom’s instinct helps save 6-year-old son’s life