SAN ANTONIO — Texas is no stranger to tropical cyclones and some of the worst storms to every trek into the Gulf of Mexico have made landfall in Texas.

The three most historic hurricanes to ever make landfall in Texas are the 1900 Galveston Hurricane, Hurricane Ike and Hurricane Harvey.

All three hurricanes are well known by most Texans along the Gulf of Mexico and they all occurred close to the peak of hurricane season.

Hurricane season begins each year on June 1st and lasts through November 30th.

The peak of the season occurs on September 10th.

The 1900 Galveston Hurricane is known to be the deadliest hurricane to ever make landfall in the United States.

The storm made landfall at Galveston on September 8, 1900.

Hurricane Ike was known for the storm surge and damage it caused when it make landfall at Galveston as well on September 13, 2008.

Last, but not least, Hurricane Harvey made landfall on August 25, 2017, at San Jose Island, near Rockport. 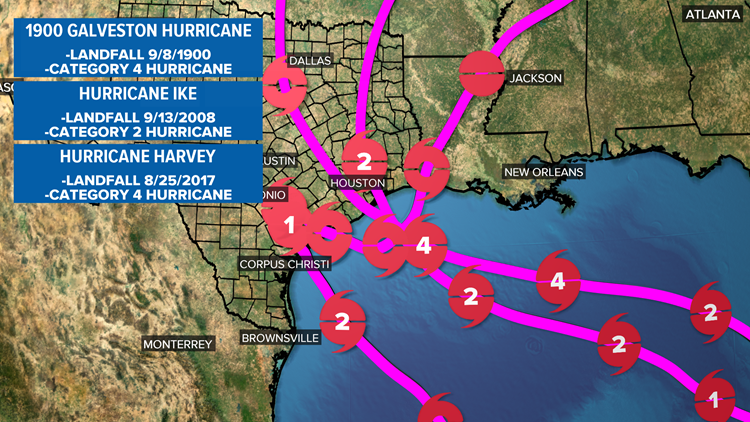 The 1900 Galveston Hurricane killed an estimated 6,000 to 12,000 people with the main contributor being the storm surge, according to the National Oceanic and Atmospheric Administration.

NOAA said property damage from the 1900 Galveston Hurricane was estimated to be around $30 million.

This amount of damage may sound off, but it is due to the smaller amount of people that lived near the coast.

It is said lack of meteorological data and communication were both contributors to the amount of deaths, which led to the forecast for the storm being off. 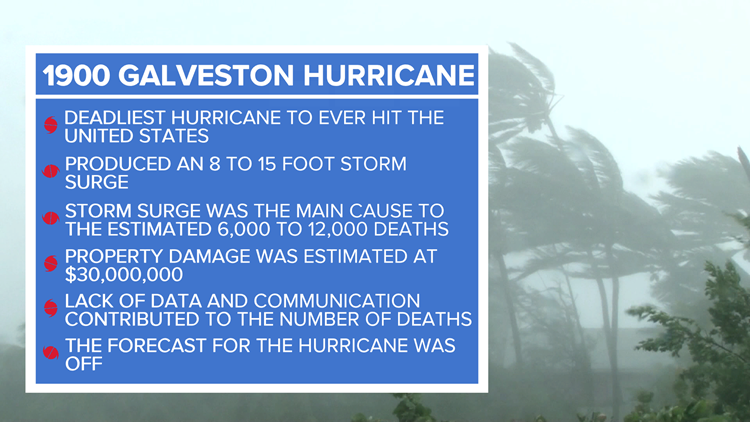 Fast-forward to 108 years later, Hurricane Ike made landfall in the same area as the 1900 Galveston Hurricane.

The storm caused a significant amount of damage with property damage estimated at $19.3 billion, according to NOAA.

NOAA said 20 people died in Texas, Louisiana and Arkansas due to the wind, storm surge and flooding caused by the storm.

The storm continued north and caused additional damage and deaths in the Ohio Valley due to the strong winds and flooding. 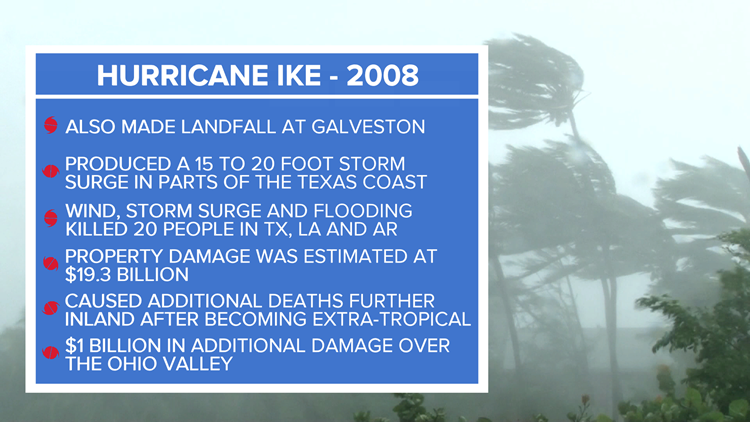 Finally, Hurricane Harvey is one of the more recent hurricanes to make landfall in Texas.

The storm was wedged between two systems, causing it to stall and dump a heavy amount of rain on parts of Southeast Texas and Southwest Louisiana.

WEATHER MINDS CLASSROOM: Know the layers of our atmosphere

According to NOAA, 60.58″ of rain were recorded in Nederland, Texas over just a few days.

NOAA said Harvey killed 68 people and caused an estimated $125 billion in damage, making it the second costliest hurricane in history behind Hurricane Katrina in 2005. 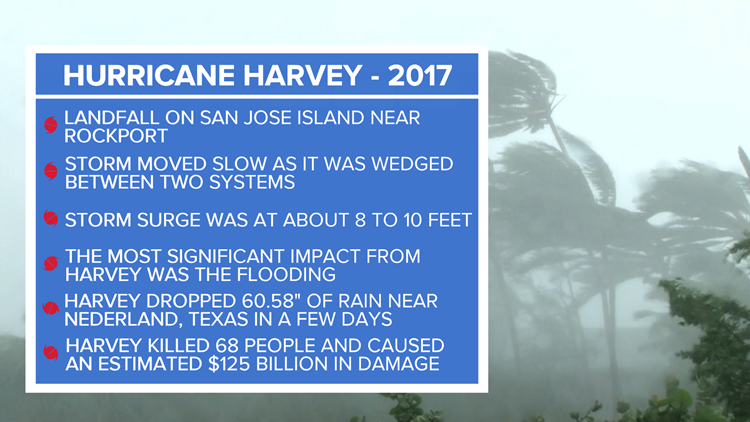 All three of these hurricanes were awful for Texas, but they all had their own unique hazards, reminding us that not all storms can be treated the same.

It is always important to remember that even though we rank hurricanes on wind speed, the impacts are the more important thing to pay attention to.

Don’t forget you can download the KENS 5 app for the latest news and weather information each day while you are on the go.

WATCH: A guided tour of the new KENS 5 app!

Gov. Abbott: Nearly 481,000 job openings are available across Texas amid the pandemic

The state unemployment trust fund is set to run out of money, but you will get paid