Tropical Depression 6 has formed in the Caribbean and is on track to hit the United States by this weekend.

The storm is moving through waters that are warmer than normal with not a lot of wind shear, which makes for ripe conditions for development. 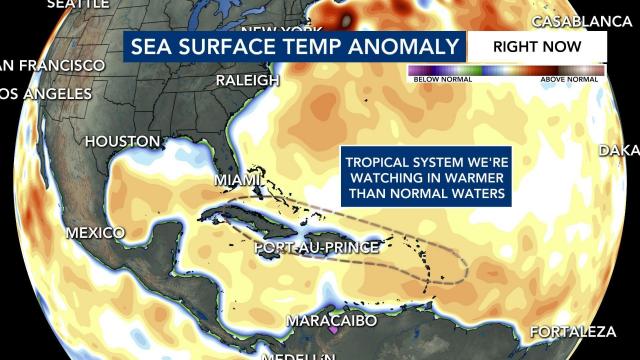 All models show the system moving toward the west coast of Florida this weekend. The European Model has the remnants of this system moving over western North Carolina early next week. It’s too early to say with any confidence where the storm is headed until later in the week, according to meteorologist Mike Maze.

Models are predicting that Tropical Depression 6 will hit Florida, and move either toward the Gulf of Mexico or north from Florida and dissipate in western North Carolina.

“The key there could be a cold front, that will be moving into the picture by Monday,” said Maze.

Flooding is going to be a concern for the Lesser Antilles, U.S. Virgin Islands, Puerto Rico and Hispaniola this week, meteorologist Peta Sheerwood said. Winds from the system are expected to top out at 40 mph as the system moves over the islands.