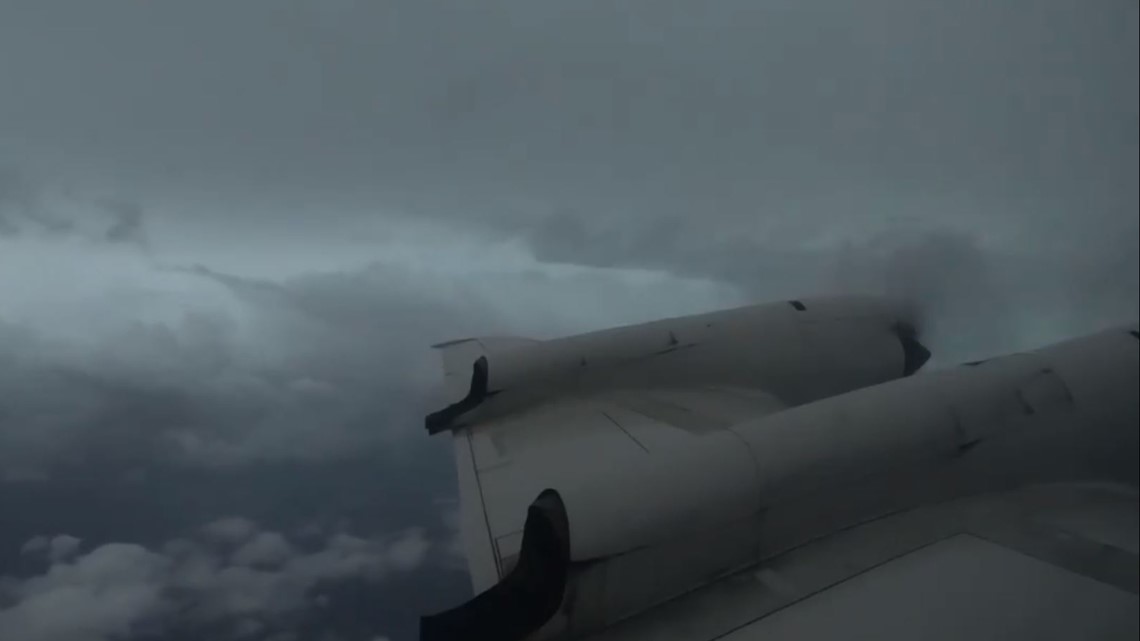 The brave crews fly into one of the most destructive forces of nature to measure hurricanes and help forecasters determine the intensity and likely landfall.

KHOU 11 Meteorologist Chita Craft and photojournalist Ivan Gibson are heading to Biloxi, Mississippi, to meet up with the Hurricane Hunters to literally fly into Hurricane Ian.

One of the important tools meteorologists use in determining a storm’s strength and movement is the amazing Hurricane Hunters that fly right into the middle of a storm.

How do they do that, and what are they doing while inside the storm? It’s all about science.

Hurricane Hunters provide a lot of information about a storm, but how are they even getting inside?

They’re flying a plane called a WC-130J. It’s a modified version of the C-130 plane that you might see dropping that red stuff on a fire out west.

The planes are tough. They can fly for longer periods of time and they can really take a beating.

These airborne science missions are run by the 53rd Weather Reconnaissance squadron which has been flying into storms since 1944.

In the cargo section of the plane, there are two different pallets of computer systems that take all of the data from the sensors on the plane’s exterior to help determine what’s going on inside the storm.

The Hunters also drop parachute-type sensors — called Sondes — which float through the storm relaying info about a storms pressure, wind speed, and direction.

That information all comes together, gets processed and is then shared through the National Hurricane Center for us to share with all of you.

While millions of residents along Florida’s Gulf Coast evacuate to escape Hurricane Ian, a few brave pilots and their passengers will fly directly into the eye of the monster storm.

KHOU 11 Meteorologist Chita Craft and photojournalist Ivan Gibson will be onboard one of the Hurricane Hunters Wednesday as crews gather key data to help experts understand the structure of the storm and the winds that steer it. The information helps the National Hurricane Center develop computer models that predict the storm’s power and likely landfall.

NOAA’s Hurricane Hunter fleet includes two P-3 turboprop aircraft and a Gulfstream IV jet. As they fly through a storm, they can encounter extremely powerful winds over 150 miles per hour. And while they’re inside one of the most destructive forces of nature, they’re flying blind.

“Well, the best way I could describe it is it’s sort of like riding a roller coaster through a car wash because you can’t see anything out the windows in the eyewall,” Hurricane Hunter Flight Director Richard Henning said in an interview on the NOAA website.

The high-tech equipment includes a device that parachutes through the hurricane to the ocean surface while feeding back data on pressure, temperature, humidity and wind.

According to Chita, the turboprops are a modified version of the C-130 planes used over wildfires.

“These planes are tough! They can fly for longer periods of time, and they can really take a beating!” Chita explained.